The teachers at Dance Inspiration provide professional dance instruction in a warm and supportive environment. Our staff sparks every dancer’s potential; whether they are dancing for fun and exercise, or are considering a career in the dance industry. Each instructor brings with them a passion to teach, the ability to help every student progress in their technique, and an abundance of positive energy! 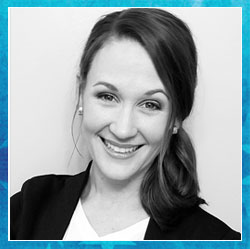 Other credits include dancing at the prestigious Flo-Bert Tap Awards in New York City with legends such as Savion Glover, Buster Brown, and Jimmy Slyde. She is a member of the national clogging association C.L.O.G. and has judged/instructed local clogging competitions/workshops.

Her dance companies have received national recognition winning high point, overall, and choreography awards in both the clogging world and the dance world. Allison, herself, continues to further her education by attending local and national workshops, and taking classes at venues such as New York's Broadway Dance Center & Steps on Broadway.

Allison has over 25 years of teaching experience, and opened Dance Inspiration with a mission to provide a high-quality, positive experience for dance students. 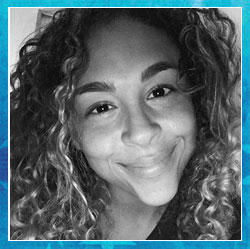 Audra Horne has been a part of Dance Inspiration since its opening season when she enrolled as a 3-year-old, and she has been a part of the studio ever since! Audra is a well-rounded dancer with training in Jazz, Tap, Ballet, Pointe, Lyrical, Clogging, and her specialty, Hip Hop. She competed as a member of the DI Dance Co. and Nebraska Pride Cloggers for 11 years, receiving numerous awards and recognition, including the title of "Miss StarQuest" in 2011 for her tap solo. Audra was also a member of the dance team at Mercy High School. She has traveled to workshops and dance venues across the country to take master classes from the best of the best- including Broadway Dance Center in New York City.

Audra was an assistant teacher at Dance Inspiration for 6 years, and is excited to begin her 5th season as a full-time instructor. She is loves sharing her knowledge, passion, and ‘swag’ with her students, and excited to help shape the next generation of DI dancers. 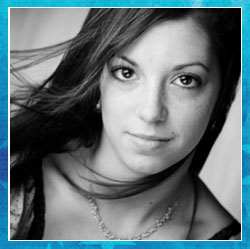 Stacy Jackson has been dancing since the age of 3. She was a member of both the Nebraska Pride Cloggers and The Dance Co., earning numerous regional and national awards. She was on the dance team at Millard South High School and was also involved in their Theater Department. She performed in musicals including TITANIC and HONK, and was a choreographer for THE SOUND OF MUSIC.

Stacy loves working with children, has degree in Family Science from UNO, and currently works at BoysTown. She has been an instructor with the studio for 7 years. Her sense of humor, ability to relate to children, and love of dance are some of the many qualities she brings into her classroom. Stacy is looking forward to watching her students grow, both as individuals and as dancers. 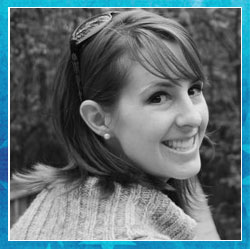 Kim McCoy has been dancing since the age of 6 with the majority of her training taking place under the direction of Patti Herzog. While a student she danced with several highly awarded competition teams at dance venues such as Dance Master's, Tremaine, and L.A. Danceforce. She attended Central Christian High School where she was captain of the varsity cheer team, choreographed and performed in musicals including HIGH TOPS and THE MUSIC MAN, and had the opportunity to perform as part of the halftime entertainment for the Cotton Bowl. She also cheered at the collegiate level for UNO where her cheer team won first place at the United Performing Association Americup competition. After college, Kim was a dance instructor at Patti Herzog's for 3 years before taking a break to have children. Her dance experience includes Preschool dance, Ballet, Tap, Jazz, Acrobatics, Theater, and Lyrical, and she has continued her training with organizations such as Dance Masters of America.

Kim graduated from the UNMC College of Dentistry and currently works part-time at Regency Dental. She has a passion for teaching others to embrace the joy and confidence that comes with dancing.

Miranda Klabunde grew up dancing at Dance Inspiration since its opening season at the age of 3. During her time at DI she trained in Ballet, Pointe, Jazz, Tap, Lyrical, Clogging and Hip Hop. She was a member of both Nebraska Pride Cloggers and The Dance Company. Throughout her years of competitive dance, she earned numerous regional, national, and judges awards along with the title of Miss. Showbiz in 2014 for her Lyrical solo. In high school, Miranda was a member of the Blair High School dance team serving as captain from 2012 to 2014. Since graduating she has enjoyed being able to judge auditions and choreograph for both the Blair High School dance team and show choir.

Miranda attended Northwest Missouri State University where she was a part of the nationally-ranked Bearcat Stepper dance team; then she joined the Northwest Dance Company where she was a choreographer for 2 years. While in college, Miranda was an instructor at Maryville Dance Academy where she taught many recreational and competitive classes.

Through the years, Miranda has continued to take lessons both locally and nationally to continue her dance education. Some of her favorites include Broadway Dance Center in New York, and the Pulse Dance Experience in Kansas City and Dallas. Miranda is finishing her degree in Elementary Education with a minor in Early Childhood and a certification in Early Childhood Special Education. She is passionate about working with children and is excited to get back to Dance Inspiration to spread her knowledge and love of dance with her dancers.